From Library to Table: Beef Kapama! 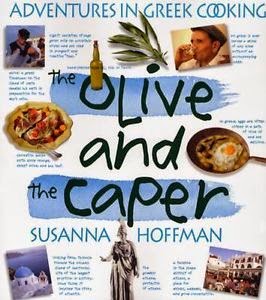 Next to food, I love libraries. So when I arrived in Port Hope, ONT, I immediately revisited the Public Library -- with its wonderful collections, events, and view of the Ganaraska River to boot!

There I discovered the 590-page "The Olive and The Caper" (Adventures in Greek Cooking) by Susanna Hoffman, one of the most informative and inspiring Greek cookbooks I have come across. And I have seen/own a few. My own copy is now speeding its way to Miami via eBay! 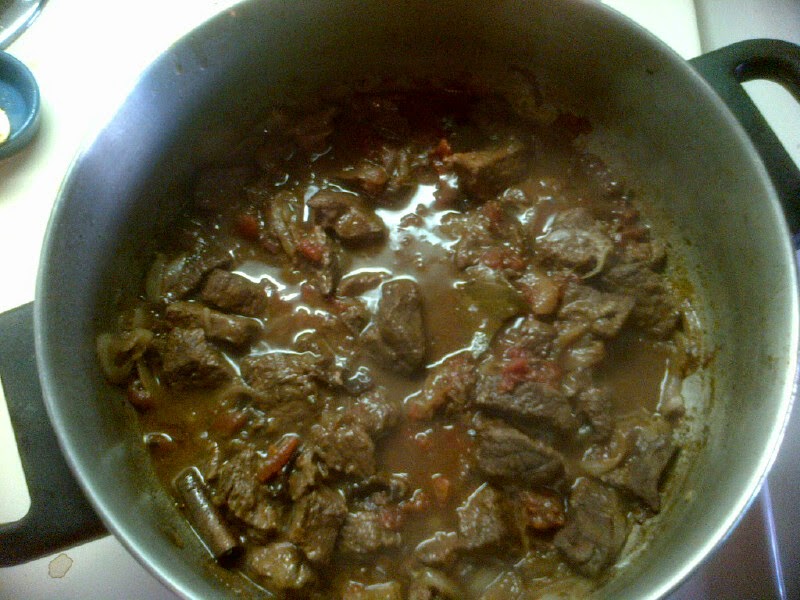 Preparing a dinner party for a couple of foodies and wanting to use one of the impressive red wines from Colaneri Estate Winery (Niagara-on-the-Lake), I decided on "Beef Kapama" pp. 369-370 -- a dish not unlike Boeuf Bourguignon that I had eaten before, but never made. This recipe calls for red wine, brandy, strongly brewed coffee and honey along with onion, tomatoes, cinnamon stick, whole cloves, bay leaves, salt/pepper.  Being in Canada, I substituted maple syrup for the honey. Reading the notes, I threw in some pitted prunes for good measure... Brown the meat, sauté the onion, bring all the ingredients to a boil and simmer for about 2 hours. The succulent, tender-to-the-fork result was amazing, due mostly to the recipe.

The Kapama was served with baked Greek potatoes (lemon, olive oil, oregano, garlic) and a salad dressed with olive oil and fig-infused balsamic vinegar. And it was paired with Colaneri "Insieme" 2011 -- a blend of Cabernet Sauvignon, Merlot, Syrah and Cabernet Franc in the Apassimento Style (meaning some of the grapes were dried à la Italian Amarone-making).

No one was disappointed, and the leftovers just now spoke for themselves -- OPA!