As for peppers, how about roasting some?

Recently I decided to make Spicy Roasted Red Bell Pepper Hummous from scratch, including roasting the peppers -- a bit labor intensive, but the results were pleasing to me and my Rosh Hashanah guests. After thinking about it for too long, I finally roasted some peppers the way my mother Angeline used to do it. It's not difficult. 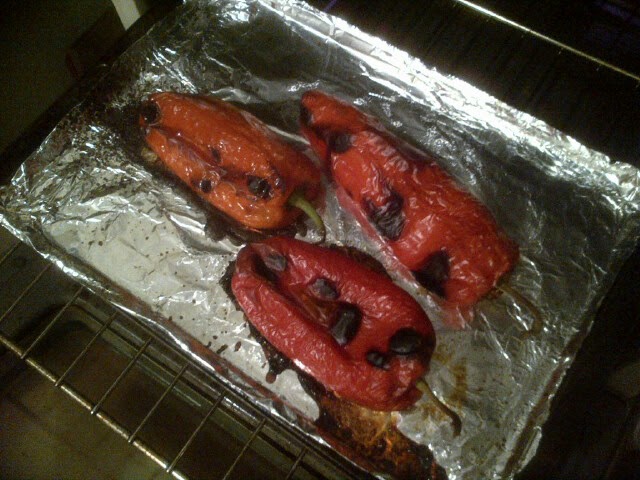 Yes, I can still picture Mom roasting (mostly bell) peppers until charred and then putting them immediately into a paper bag from the super market to steam awhile and facilitate peeling. Not sure exactly how she separated the seeds from the peppers. I simply cut the them into sections, scrape the seeds away, and then turn them over in order to gently pull the skin away. Some cooks rinse the seeds away, but not I so as to not lose any of the smokey flavor...Lay the peppers in a container where you can marinate with olive oil, vinegar, and a clove or two of garlic until served or otherwise used. 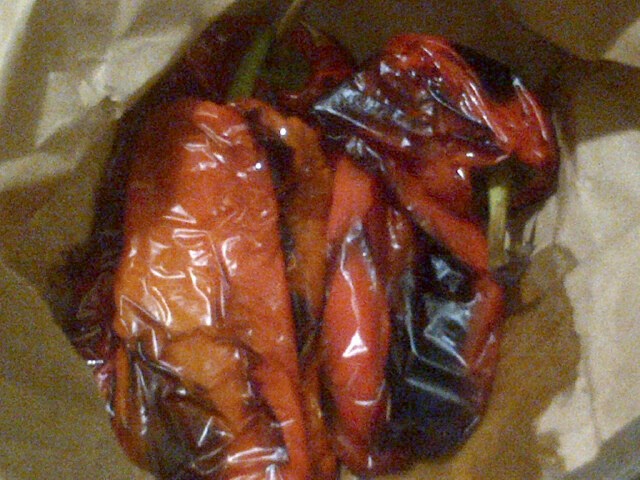 There are many ways to roast peppers and many different kinds of peppers to roast. You can char your peppers directly on the burners of a gas stove, on a grill, or in the oven. I chose oven-roasting at 450 degrees rather than under the broiler to protect against burning holes in the peppers. Problems with peeling seemed to arise if the pepper was not thick-walled, making choosing those peppers at the green grocer key. Make sure they are firm and shiny. 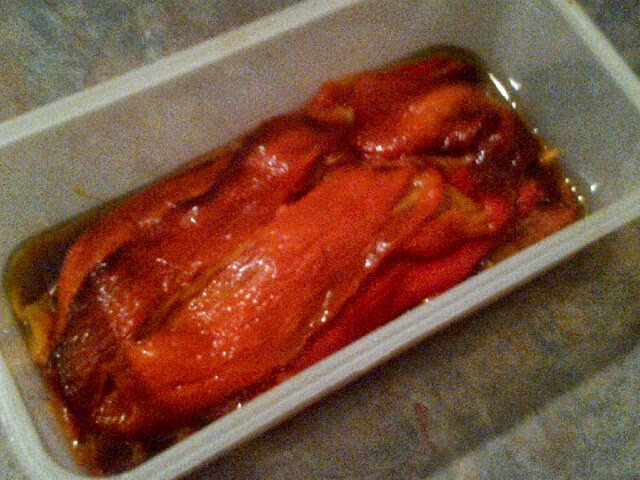 NOTE: As for making the hummus, I was pleasantly surprised to hear Michelle Bernstein say on a recent episode of "Check Please" that she prefers using canned chick peas over dried ones. I do, too, but prepare them a bit first rather than using straight from the can. Bring the chick peas to a boil in chicken broth along with a section of sweet onion pierced with 2-3 cloves. Turn off the burner and let the chickpeas sit for 20-30 minutes. Drain and reserve liquid to be used later if needed. OPA!