When is a recipe Jewish, Middle Eastern, vegan -- or even Greek? 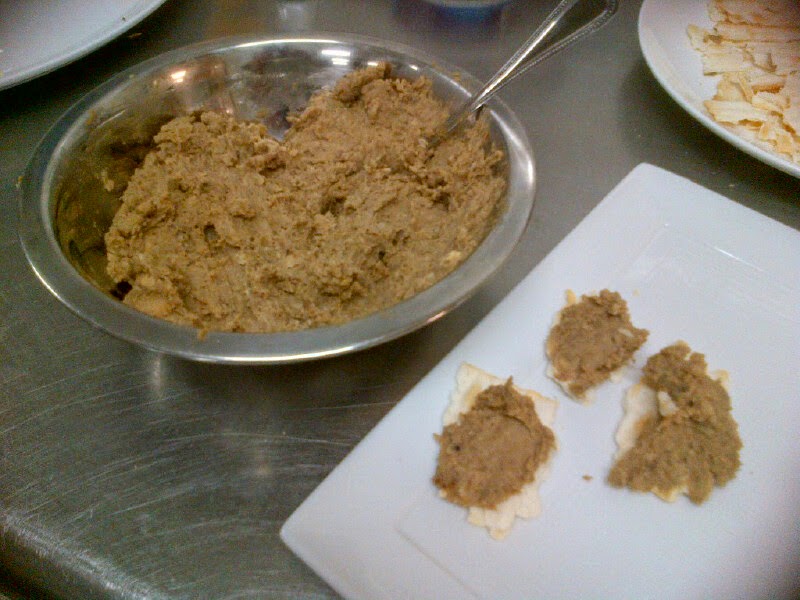 Last month I attended a Passover cooking class at Temple Israel of Greater Miami, with recipes for vegans and those on gluten-free diets...My job was to prepare the "Mock Chicken Liver," which appealed to me since it would be healthier than regular Chopped Liver (which I love!). The recipe was one that Hollywood (FL) vegan chef Jimmy Gavarian had revised for a previous class...The foundation was 1/2 lb. of brown lentils gently cooked for about 30 minutes. Chop an onion and saute it in olive oil. Blend those ingredients along with 1 cup of chopped walnuts in your food processor until the mixture reaches  the consistency of Chopped Liver.  Do you know what I mean?

(You should also salt to taste -- but if you are not vegan, cooking the lentils in canned chicken broth would give you plenty of salt as well as add to the taste. Same thing if you decided on the shortcut of using canned lentils. Canned tomato products also have have plenty of sodium. So if you do use those things, proceed accordingly...)

Second time I made it (last night for some Canadians here in Port Hope, ONT), I used a can of fava beans and added some cumin to them plus garlic powder -- and again it was a winner with rave reviews. (NOTE: Third time around, I sauteed a minced clove of garlic with the onion and spritzed about a 1/2 t. of cumin on the lentils. More rave reviews.)

Not so Jewish this time, maybe more Middle Eastern and still vegan. But I made it, so it must now be Greek -- OPA!
Posted by Paula at 12:23 PM